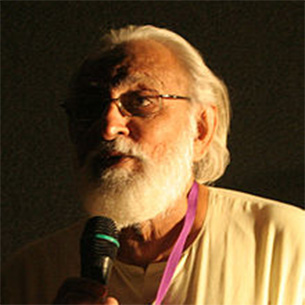 Mysore Shrinivas Sathyu (born in Mysore, Karnataka) is a leading film director, stage designer and art director from India. He is best known for his directorial film Garam Hawa (1973) is based on the partition of India. He was awarded Padma Shri in 1975.

Sathyu conducted his schooling and higher education at Mysore and Bangalore. In 1952, he quit college while working on his Bachelor of Science degree and instead plunged into the uncertain world of films in Bombay.

He freelanced as an animator in 1952–53. After being unemployed for nearly four years, he got his first salaried job as assistant director to filmmaker Chetan Anand.