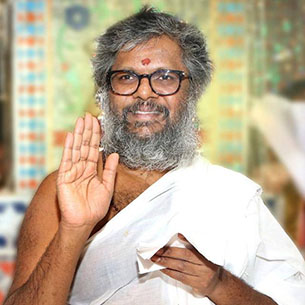 It takes great pride and honour to introduce to this world a renowned spiritual legend- the most prominent peace leader from India – His Holiness Dr. VasanthVijayji Maharaj, the living legend of “Ahimsa”. His Holiness is adored and followed by millions and have been instrumental in moving numerous followers with his universal message of harmony, unity and brotherly love for reconciliation and peace between families, citizens and nations.

His vision is to offer all children, youth and every individual of the world the opportunity to be educated by the means of peace and non-violence and create a blissful globe with a message of peace and prosperity for all Mankind’ – A World in which each one is loved and respected by each other despite the differences in culture, religion and lifestyles.

He has received many Honors, Titles and Awards for his Pioneering Efforts in Peace Promotion. The most Prominent ones are listed below:

It is hugely reassuring that while the world goes about its business, there is somebody like Dr. Vasanth Gurudevji Maharaj constantly worrying about its wellness.

Our respectful Salutation in His Holy Feet.